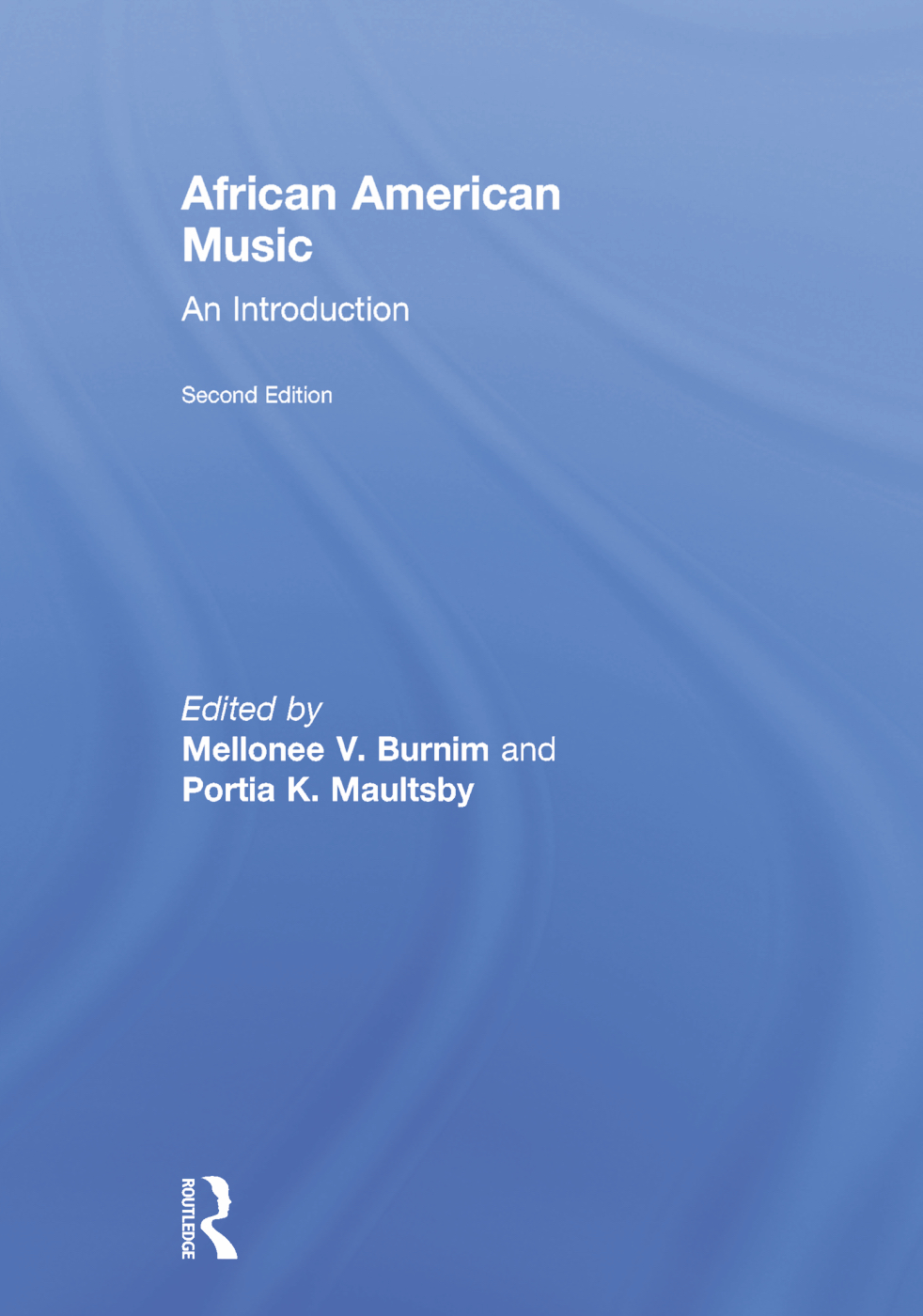 American Music: An Introduction, Second Edition is a collection of seventeen essays surveying major African American musical genres, both sacred and secular, from slavery to the present. With contributions by leading scholars in the field, the work brings together analyses of African American music based on ethnographic fieldwork, which privileges the voices of the music-makers themselves, woven into a richly textured mosaic of history and culture. At the same time, it incorporates musical treatments that bring clarity to the structural, melodic, and rhythmic characteristics that both distinguish and unify African American music.

Review from Journal of Folklore Research

African American Music: An Introduction, co-edited by Mellonee V. Burnim and Portia K. Maultsby, is an anthology of essays that examine the historical development and socio-cultural significance of Black music in the United States. As an outgrowth of volume 3 from the Garland Encyclopedia of World Music: The United States and Canada, the number of essays contained in this volume expands from twelve articles to thirty essays. The anthology is rich, engaging, and interdisciplinary in scope. Contributors to the volume consist of anthropologists, ethnomusicologists, historians, musicologists, sociologists, and creative artists whose specialized areas of interest in the study of African American music make this book most unique. However, the co-editors point out that in spite of the varied representation of contributors, the volume “reflects an ethnomusicological perspective–one that embraces the socio-cultural content that brings the music to life as expression of human beings and at the same time includes the kind of musical specificity that brings clarity to the structural, melodic, and rhythmic characteristics that both distinguish and unify the genres represented” (2). Additionally, Burnim and Maultsby note to readers that despite the use of music transcriptions and analyses, this anthology incorporates throughout an historical and social context approach, as “offered by the multiple disciplinary perspectives represented among the authors” (2). Contributing further to the reader-friendly and pedagogical use of this volume is the inclusion of photographs and key terms and names, study guide questions and suggested class projects, and endnotes in the conclusion section of a majority of the essays.

In the book’s introduction, Burnim and Maultsby pay homage to the pioneering writings of the late Harvard Professor Emeritus Eileen Southern, whose books The Music of Black Americans: A History and Readings in Black American Music canonized the study of African American music in the academy. Moreover, while inspired by Southern’s work, Burnim and Maultsby distinguish their book as an expansion of the discussion of Black music in the U.S. with emphasis on contemporary discourse.

Part I of the volume, “Genres,” is the largest of the four parts, with a total of sixteen essays. It is evident that contributors to this section were carefully chosen according to their expertise in a particular genre of Black music. Among genres examined are the following: “Secular Folk Music” by Dena J. Epstein with contributions from Rosita M. Sands; “Religious Music” by Mellonee V. Burnim; “Blues” by David Evans and Susan Oehler; “Ragtime” by Ingeborg Harer; “Jazz” by Ingrid Monson and Travis A. Jackson; “Musical Theater” by Thomas L. Riis; and “Art/Classical Music” by Josephine R. B. Wright and Olly Wilson. The remaining chapters in Part I focus on African American popular music traditions that have emerged during and after WWII. Portia K. Maultsby examines three of these styles, “Rhythm and Blues,” “Soul,” and “Funk”; Kai Fikentscher documents the development of “Disco and House”; and Beverly May and Dawn M. Norfleet conclude with chapters on “Techno” and “Hip-Hop and Rap,” respectively.

Part II of the volume is devoted to the effects of racial politics on the marketing, promotion, and distribution of African American music. Reebee Garofalo begins by tracing these practices from Tin Pan Alley (1880s) to rhythm and blues (1940s) and the “triumph” of African American popular music (1950s through the 1990s) in the shaping of popular taste in the American mainstream, and Mellonee Burnim follows with an examination of the negotiation of race, religion, and culture as consequences of the crossover appeal of gospel music. Charles Sykes, Rob Bowman, and John A. Jackson conclude Part II with articles that reassess the national and global impact of three recording giants of Black popular music during the 1960s and 1970s–Motown, Stax, and Philadelphia International Records.

Part III, “Issues of Gender,” seeks to explore the challenges, complexities, and perceptions of African American women artists from gospel to rock. For example, Mellonee V. Burnim focuses on three pioneering figures of gospel music, Mahalia Jackson, Lucie Campbell, and Willie Mae Ford Smith, while Daphne Duvall Harrison and Sherrie Tucker present essays documenting blues queens of the 1920s and their protégées of the 1950s and the female jazz instrumentalists, respectively. Eileen Hayes provides fresh perspectives on the experiences and political ideologies of Black women artists in the herstory making of women-identified music, a musical terrain dominated by White lesbian, bisexual, and heterosexual women. Part III ends with an illuminating chapter by Maureen Mahon on the intersections of race and gender and the unheralded contributions of African American women artists in the shaping of rock music’s history.

In the final section, “Musical Agency,” historian Lawrence Levine, co-founder of the SNCC Freedom Singers, Bernice Johnson Reagon, and cultural critic Mark Anthony Neal extend our understanding of the role music plays as a site of resistance among African Americans during the antebellum period, the Civil Rights Movement, and the post-soul era.

In summary, African American Music: An Introduction is a superb source for students, scholars, and teachers of Black music at both undergraduate and graduate levels. Readers will be pleased with the depth and scope of its texts and will find the glossary, extensive bibliography, and discography invaluable. This fine collection of essays joins the ranks as a seminal read in the study of African American music and culture. I recommend it unequivocally!